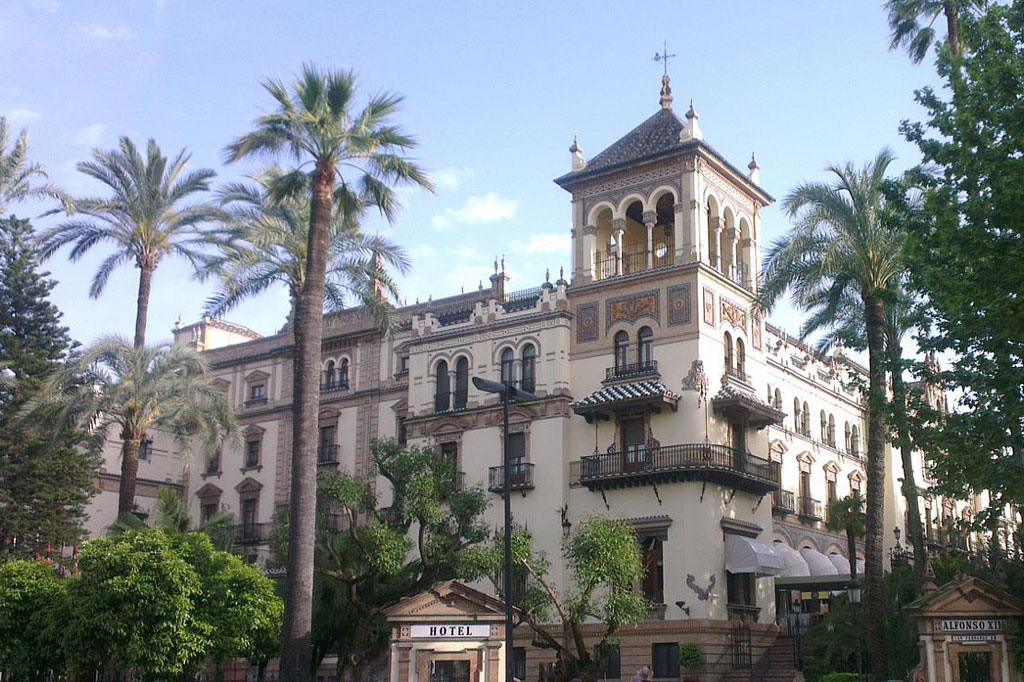 It is impossible to walk to TOBY eats the world from the Puerta de Jerez or San Fernando street without seeing the colossal building of the Hotel Alfonso XIII.

Today we will know a little more about this important building in the city of Seville.

This building, is Asset of Cultural Interest recognized since 1998, was built between 1916 and 1928.

The project was the winner of a contest whose bases were drafted by the famous regionalist architect Aníbal González, author of the nearby Plaza de España and other emblematic buildings of Seville, and which was won by the architect José Espiau y Muñoz, who was commissioned work of a hotel that was part of the set of the Ibero-American Exposition of 1929.

King Alfonso XIII (1886-1941) showed great interest in the achievement of the works and established indications on how some areas should be completed, hence the origin of his name.

It is a clear example of historicist architecture, with roots in the Andalusian regional style and neo-Mudejar. The facade and the interior possess an important wealth of decorative elements and details typical of the style, made with typical materials of the region, such as brick, plaster, wood and ceramics.

The interior is decorated with arches, columns, craft lamps and coffered ceilings and carpets from the Royal Tapestry Factory. The walls, ceiling and other parts are decorated with tiles. The floors are made of marble and parquet slabs.

It has a large interior patio and eight rooms for banquets and etiquette events.

It was officially inaugurated on April 28, 1928 coinciding with the end of the April Fair, with the celebration of a sumptuous banquet presided by King Alfonso XIII and Queen Victoria Eugenia, on the occasion of the conclusion of the link between the Infanta Isabel Alfonsa with Count Juan Zamoyski.

During the Second Republic, it was renamed Hotel Andalucía Palace, recovering after the Civil War its initial name, which it currently conserves.

In the film Lawrence of Arabia we will be able to see scenes in some spaces of the hotel and the Plaza de España, shot in 1962.

In 2015 it was considered the eighth most luxurious hotel in Europe and 33 in the world by Travel + Leisure magazine.