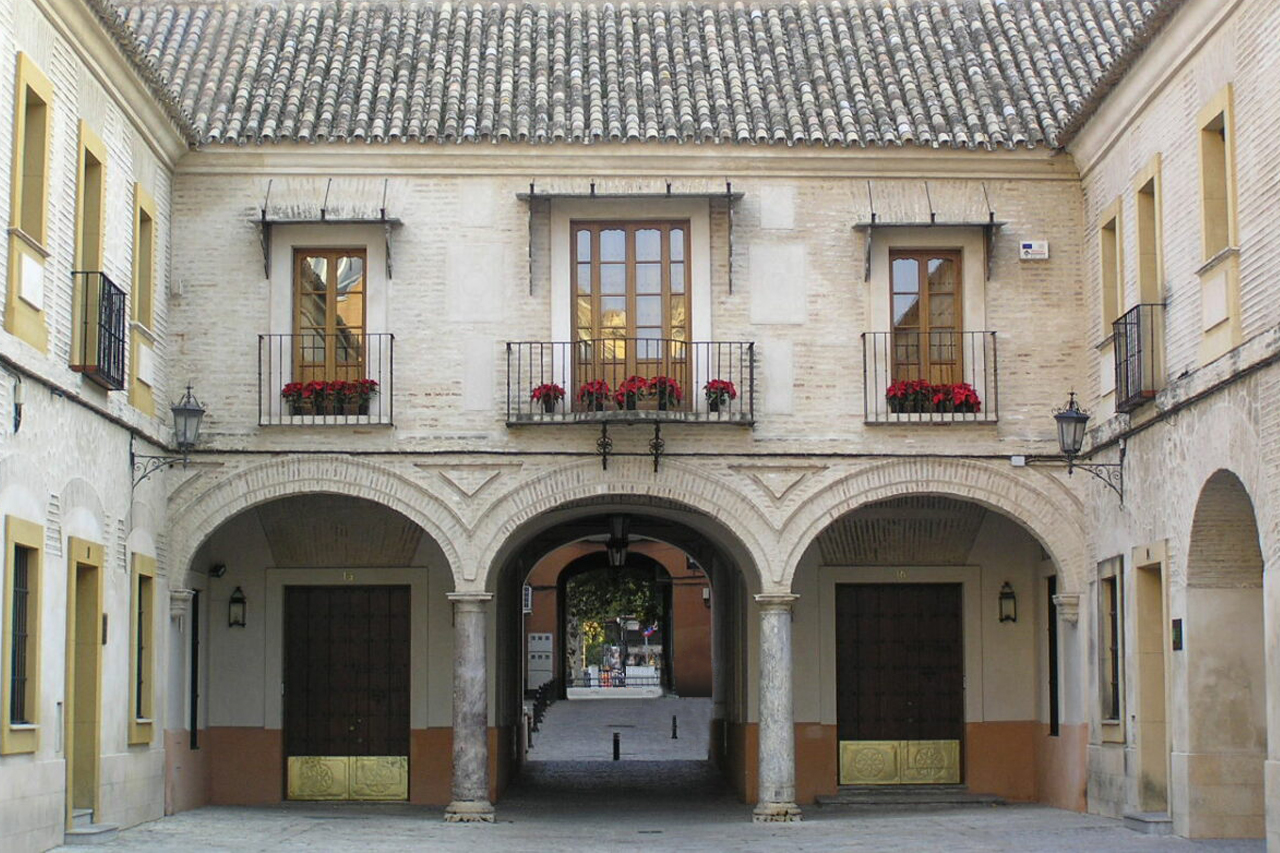 The Royal Mint of Seville was, between the fifteenth and seventeenth centuries, the mint of the city where gold and silver from the New World were minted in coins.

It is located in a block between the Puerta de Jerez, the Avenida de la Constitución and the Paseo de Colón and was built in 1532 by King Felipe II.

A little bit of history

Previously, during the Roman era, the space occupied by the Royal Mint had uses related to port activity.

The plot suffered the definitive walledness in the Muslim era of the city, around the 13th century and it is believed that it housed the Abu-Hafs Palace, with its corresponding gardens and orchards.

This palace would possibly be destroyed during the siege of the city by Fernando III, becoming a neighborhood of houses with orchards and pens as some texts narrate.

Because of its proximity to the port, King Alfonso X will order that burgundy pipions and maravedis be manufactured in this neighborhood, the coins used at the time, but not in the place where the current one is located but where we find the Archive of the Indies today.

This makes blacksmiths and purses guilds install their homes in the Royal Mint and surroundings.

From the beginning of the 16th century until 1717, Seville had the exclusive monopoly over the merchandise that came from the New World, so in the almost two centuries of life of the Royal Mint of Seville will work more than 200 employees who were responsible for feed the ovens and have the foundry in operation.

Felipe II will establish the Royal Mint at the location we know today.

In the 18th century, the large cover that forms the main access, by Sebastián Van der Borcht, was added, as well as another series of reforms aimed at solving structural problems and leaks derived from the Lisbon earthquake of 1755 that almost demolished the nearby Torre del Oro.

The Royal Mint stopped working in the 19th century, with the introduction of the peseta.

Its facilities were used as a residential complex but, little by little, it was abandoned so that at the end of the 20th century it was in a totally dilapidated state.

At that time its restoration was undertaken but remains unfinished due to disagreements between the owners of the building and the Junta de Andalucía.

The main front and the alley that connects Santander and Habana streets are still to be restored.

It houses the La Fundición Theater, a room that owes its name to those works with metal and fire that were so common between its walls.