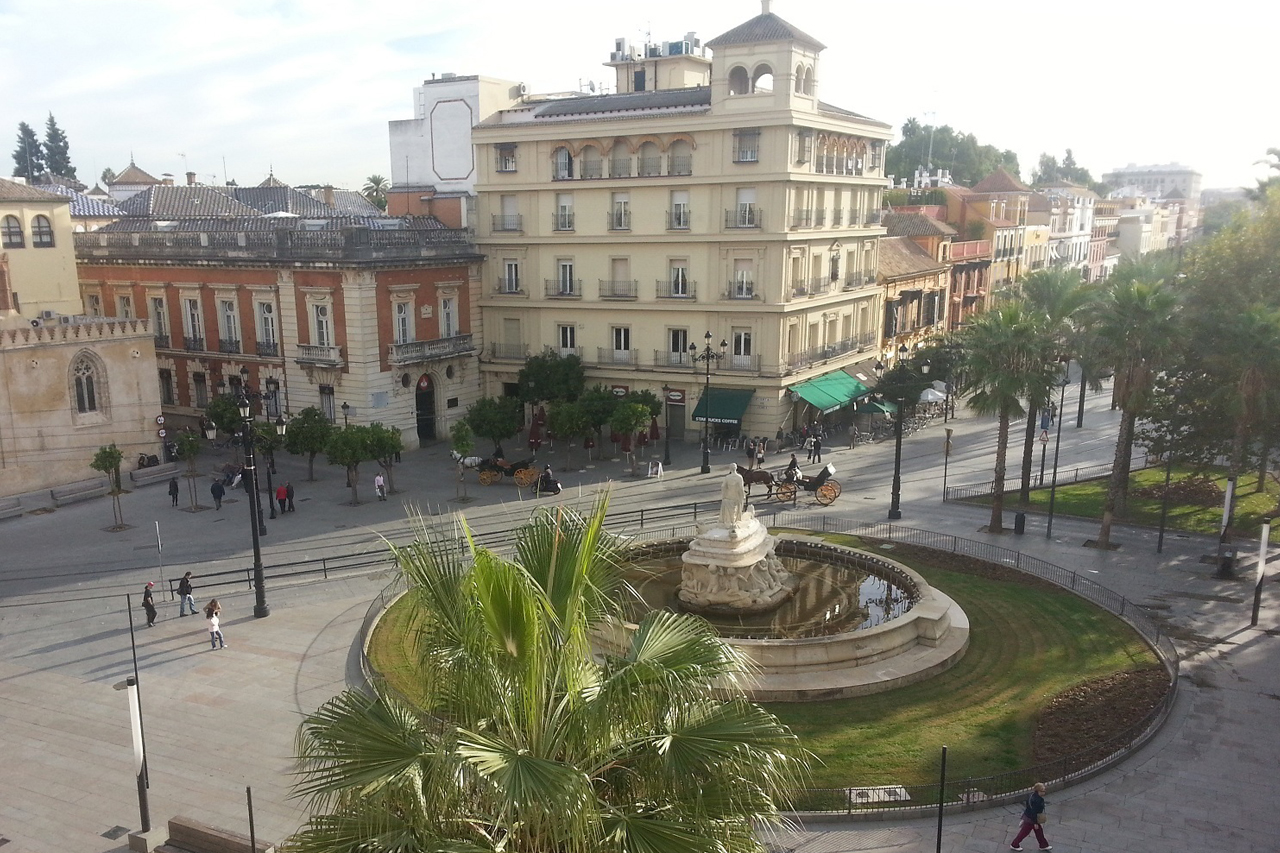 And in previous articles we have talked about the two monuments closest to TOBY eats the World, the Torre del Oro and the Torre de la Plata. Today we will try another place that touches us very closely and that is approximately the same distance from the previous ones but in the opposite direction: the Puerta de Jerez.

This open space consists of a pedestrian plaza at the confluence of Almirante Lobo Street, San Fernando Street and Constitution Avenue and is flanked by the Alfonso XIII Hotel, the Cristina Building and crowned by the Híspalis Fountain. It is one of the busiest spaces in the city, both by native people of Seville and by tourists. Unfortunately, we can no longer enjoy the original door that occupied part of that space and that gives the name to the square.

The original Puerta de Jerez, one of the 18 that came to have the city, was built by Ali ibn Yusuf (1083-1143), second emir of the Almoravid period of Al-Andalus and was composed of an arch and two towers. In 1836 the towers were eliminated and in 1846 a neoclassical door with a large arch and two pairs of Tuscan columns was erected.

The exit of Seville in the direction of Jerez through this gate forced to cross a small stone bridge that saved the Tagarete stream, a tributary of the Guadalquivir that ran parallel to the old wall and emptied in the vicinity of the Torre del Oro. This stream was completely covered in 1858.

This new monumental gate had a short life of only 18 years, since in 1864 it was demolished along with the wall cloths to which it joined, following the guidelines of the new urbanization and expansion carried out in the city in the second half of the nineteenth century.

In the 20s of the last century, on the occasion of the preparations of the city to host the Ibero-American Exposition of Seville in 1929, the new plaza and avenue of the Constitution was created, the Cristina Building that houses our restaurant and was commissioned to the sculptor Manuel Delgado Brackenbury of the size of the fountain that today occupies the central space.

A few years to this part, is the place where fans of Sevilla FC are concentrated to celebrate the success of his team.