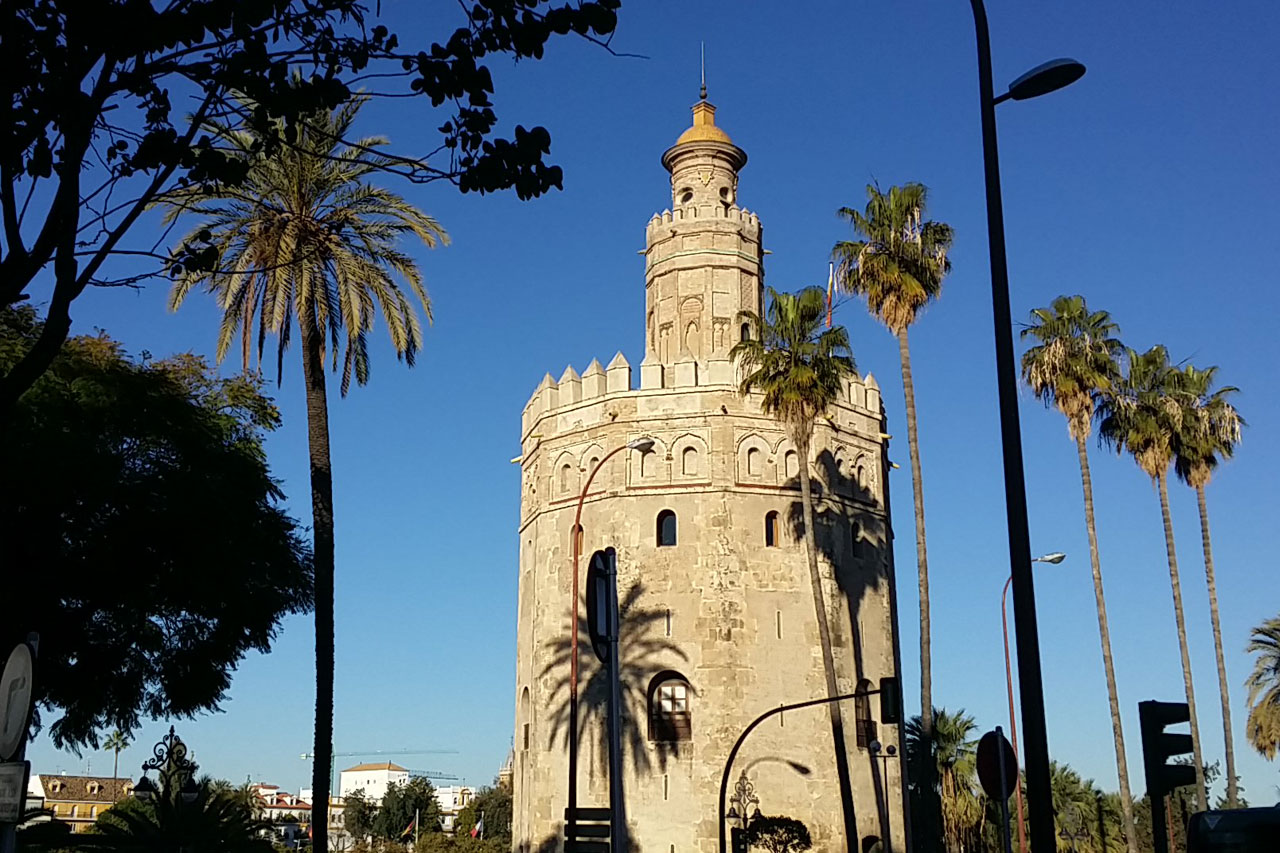 Although there are many native customers who visit our restaurant and know more or less deeply the most important monuments of their city, there are a lot visitors from outside of Seville who also decide to honor us with their presence, whether coming from the national territory or from outside of our country.

In any of the cases, everyone is directed to this post.

Today we will talk about the monument that stands out when we approach TOBY eats the world: The Torre del Oro. And is that the imposing silhouette of this monument, second in international recognition of Seville, surpassed in fame only by La Giralda, looks at us from just 50 meters from the door of our store.

But what was it or what was the Torre del Oro built for?
The Torre del Oro is a 36 meter high albarrana tower built between 1220 and 1221 by order of the then Almohad governor of Seville, Abù l-Ulà.

What is an albarrana tower?
Albarrana is a word of Arabic origin that refers to that tower of defensive character that is located outside the walls of the city or close to it. The Torre del Oro was the first defense to an attack from the river to the old port of Seville, located in the Arenal area. Although there still exists in the streets of Seville the false belief that it fulfilled the function of storing the gold that came from the Americas, what seems certain is that it owes its name to the golden shine that the mortar of its construction reflected in the water.

It is located on the left bank of the Guadalquivir River and although today we see it separated from the shore by a walk of several meters wide of more recent construction, it was erected on the same river separated by a concrete slab of lime and pine wood from 5 meters thick and so it remained for more than five centuries, as we can see in engravings and lithographs of the time. In this, the romantic painter Pérez Villaamil, although not very faithful to the actual architecture of the tower, perfectly represents the situation on the river: 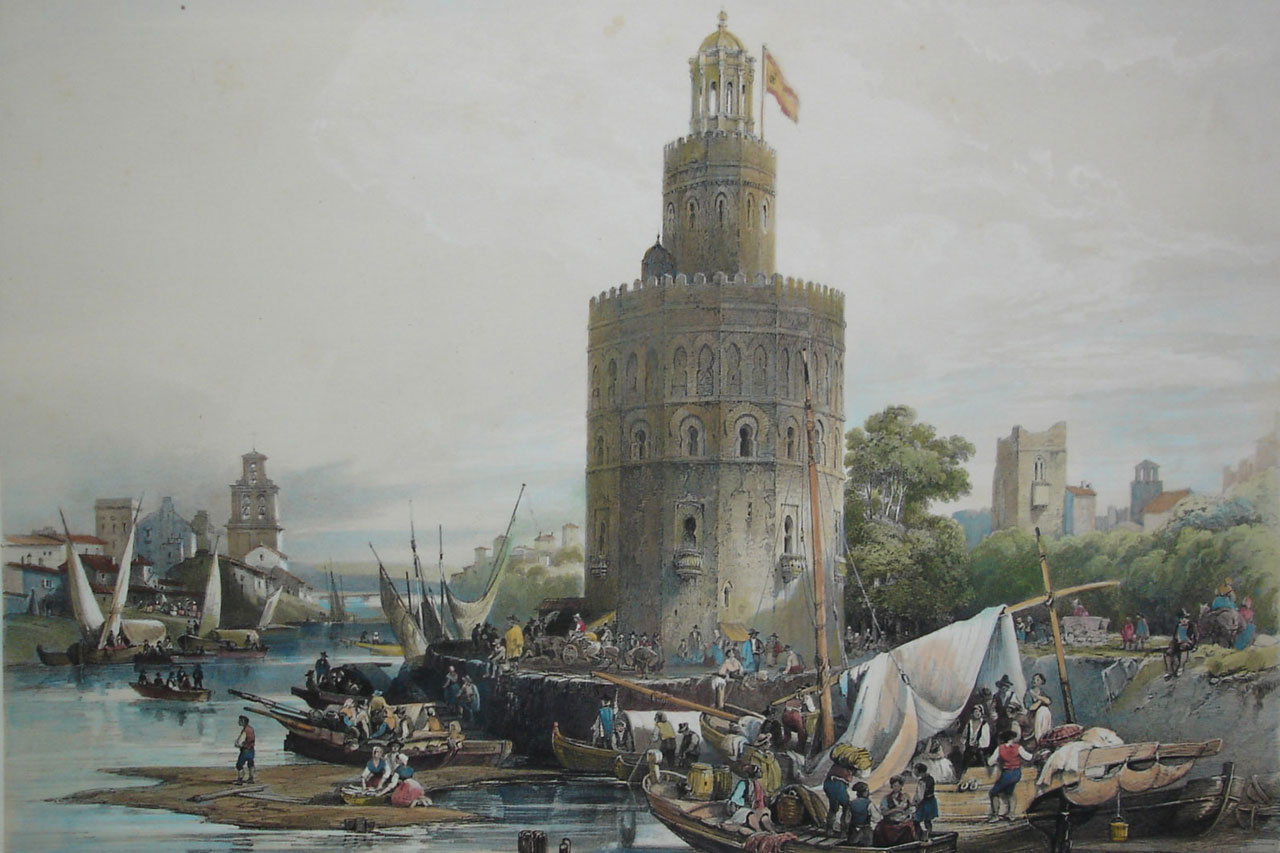 The Torre del Oro has 3 clearly defined bodies: The first and largest, dodecagonal, is what we owe to the Almohads; the second, also dodecagonal but much smaller, was built in the fourteenth century by order of Pedro I the Cruel; and finally, the cylindrical top with golden dome that the crown, was built in 1760 by military engineer Sebastian Van der Borcht after the Lisbon earthquake of 1755 that caused significant damage to the Tower and forced its restoration, especially in the Cimetation

After the Reconquest it was used as a chapel dedicated to San Isidoro of Seville, it was also a prison, it was on the verge of being demolished or destroyed several times and it was restored in other so many, the last one very recently, in 2005.

In March 1936, it was arranged to be the seat of the Naval Museum of Seville by order of the Ministry of the Navy. This museum, inaugurated in July 1944, is still housed between the walls of the tower, which can be visited and enjoyed by all visitors who want to climb to enjoy the views from the highest point of this watchtower in the history of Seville.

In future posts we will tell you many more interesting things

In this video, a great 3D recreation of the area surrounding our restaurant at the end of the 18th century:
Watch video