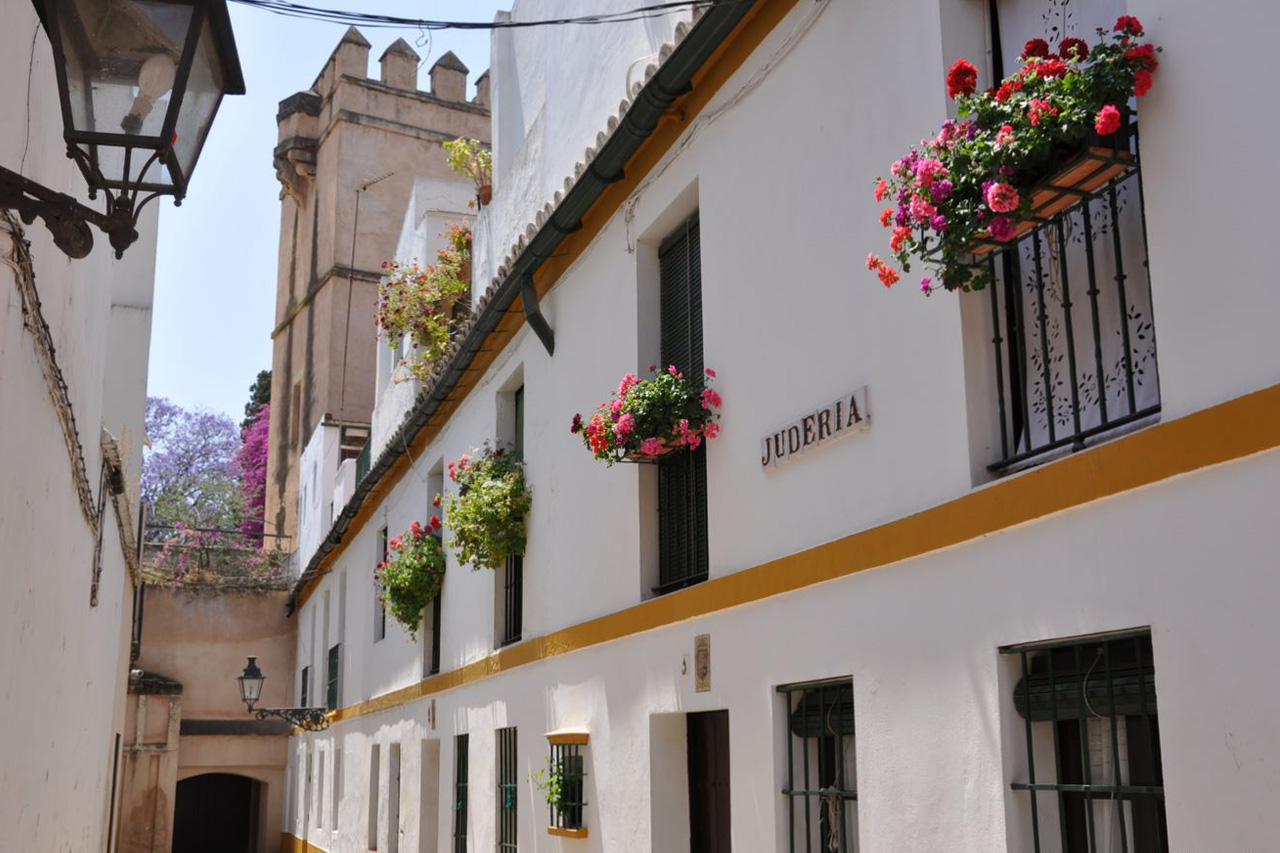 In the series of articles that we prepare regularly to offer information to national and foreign visitors about the monuments around TOBY eats the world, today we must dedicate a space to that exquisite jewel that is the Barrio de Santa Cruz.

The neighborhood of Santa Cruz is one of the oldest neighborhoods in Seville, and even in Spain, and is located between the Real Alcázar and the Murillo gardens.

From Jewish neighborhood to tourist focus

Historically, Santa Cruz was a Jewish neighborhood that was closed by a wall with three doors: a door with access through the Mesón del Moro street, another door that was near the church of San Nicolás and a last door in the Puerta de la Carne .

During the Muslim era of Seville, the Jews lived in peace with the Muslims and the Jewish quarter of Seville showed prosperity and power.

With the reconquest in 1248 by King Fernando III of Castilla, the Jews settled permanently in the neighborhoods of Santa Cruz and San Bartolomé, included between the streets of Santa María la Blanca, San José, Menéndez Pelayo Avenue, the neighborhood of the Alfalfa and Águilas street. The cemetery was located between Cano Street and Cueto Street and Catalina de Ribera.

The Jewish quarter of Seville thus became the second most important Jewish community in Spain, second only to that of Toledo.

Some of the inhabitants of the Jewish quarter of Seville were very close to the kings of Castile: Solomón ibn Zadok of Toledo, directly linked to Alfonso X, Yudah Abravanel of Seville, Yuçaf de Écija, Samuel ha-Leví de Toledo, Pedro’s senior treasurer I had business and family interests in Seville, Yusaph Pichón and others.

But gradually the persecution of the Jews worsened and in the fourteenth century, the archdeacon of Écija, Ferrán Martínez, spread anti-Semitism through Seville.

In his sermons, he exalted the hatred of Judaism, for which he gave only two options: “baptism or death”, resulting in a massacre of Jews in the neighborhood of Santa Cruz in 1391 that spread to other cities in Spain. XIV as Córdoba, Andújar, Jaén, Cuenca, Madrid, Toledo, Orihuela, Barcelona …

After the killing and conversion of the rest of the community, the synagogues went to Christian use. In those places the churches of San Bartolomé, Santa María la Blanca (in the neighborhood of San Bartolomé) and Santa Cruz were built. The oratory of the convent of Madre de Dios was also a synagogue.

The persecution of the Jews continued with the beginning of the Inquisition in Seville in the fifteenth century. The Inquisition persecuted heretics, including converts since they did not consider them true Catholics. In most, the Jews of Seville were expelled, killed or converted.

So, in 1483, an inquisitorial edict expelled the Jews from the dioceses of Cádiz, Sevilla and Córdoba.

During the sixteenth century, Jewish sites in Seville received names related to Catholicism, such as the neighborhood of Santa Cruz.

The conversion of the neighborhood into a tourist focus did not occur until the 20th century, when King Alfonso XIII wanted to present the city of Seville instead of a forced visit through the Universal Exposition of 1929.

As a curiosity, the neighborhood of Santa Cruz is the setting that the playwright José Zorrilla chose for his famous play Don Juan Tenorio, which tells the romantic adventures of a rogue Sevillian nobleman with the nun Doña Inés.

In the heart of the neighborhood, we can find the Baroque building of the Hospital de los Venerables, which was the residence of priests and is currently the headquarters of the Velázquez Center.

But possibly, the most recommended activity for a visit to the neighborhood of Santa Cruz is to get lost in its intricate network of streets, smell the flowers of the courtyards, and photograph the beautiful corners of the streets Agua, Vida or little squares of Doña Elvira or Santa Marta.

After this beautiful visit, walk a few minutes towards the Guadalquivir River and sit down to have a good lunch or dinner at TOBY eats the world, the first pet friendly restaurant in Seville, where we are always happy to receive travelers from two and four legs.